Taiwan’s stock market crisis has been going on for some time, while financial and economic officials are busy arguing with one another. In particular, the Ministry of Finance has ignored the crisis, which has had a strong impact on investors’ confidence, leading to the biggest-ever intraday plunge on Tuesday last week.

Officials are blaming the crisis on international factors in an attempt to cover up the negative consequences of President Ma Ying-jeou’s (馬英九) economic dependence on China. The crisis began with the tumbling of the Chinese stock market and the depreciation of the yuan, but Ma has always treated the Chinese economy and currency as Taiwan’s saviors.

In June 2013, I said that crude oil prices would drop following the decline in gold prices, and that both were related to China. At the time, Japanese Prime Minister Shinzo Abe was promoting his “three arrows” policy to stimulate the economy and the yen began falling sharply, and I warned that the yuan might also depreciate.

However, Beijing was proud of how China had become the world’s second-largest economy and the yuan appreciated.

China’s politics reached a climax at the 2008 Beijing Olympics. In May that year, the gods sent China a warning in the form of a massive earthquake in Sichuan Province, but Beijing continued to keep writer Liu Xiaobo (劉曉波) in prison even after he was awarded the Nobel Peace Prize in 2010.

China broke the promises it made during its campaign to hold the Olympics and acted arrogantly toward the international community because of its growing strength. It has also been unfriendly to foreign investors.

Suddenly, Western countries realized that they had been deceived by Beijing, and that economic development would not bring democracy to China. They have therefore begun to gradually adjust their appeasement policies, while multinational enterprises started withdrawing from China.

In particular, Japanese firms are quickly pulling out of the Chinese market after Beijing stirred up anti-Japan riots. Identification with China in Hong Kong has also been falling since 2008, and people have begun thinking about independence.

Ma took office in the same year, and despite these trends, Taiwan’s economic reliance on China surged. As a result, Taiwan has suffered more than others from the current stock market crisis. South Korea places even more importance on the impact of the Chinese economic crisis than it does on the military dispute with North Korea and is trying come up with a strategy for dealing with it.

Ma, however, continues to ignore the survival of Taiwan and to manipulate political issues for the sake of his version of the “Chinese dream.”

To resolve the subprime mortgage crisis and save its economy in 2007, the US relaxed its monetary policy. Japan implemented Abe’s three-arrow policy and Europe began quantitative easing in January this year.

The currencies of the world’s three major economies have all depreciated, and this has struck a blow to China, the world’s factory. When China devalued the yuan, the US dollar rose, and this should accelerate capital flows from China to the US.

China had used an artificially supported a bull market to help Chinese companies raise money to relieve their debt burden. Why were the markets unable to see through this trick? Such a measure could only work temporarily, and it failed because none of the concerned government agencies wanted to be manipulated into putting themselves at risk for no reward, and so they claim to obey Beijing in public, but disobey it in practice. It seems that China has become a bubble economy.

Perhaps the massive explosions that recently took place in Tianjin were yet another warning from the gods. If Xi refuses to wake up from his dream, the military parade will mark the turning point when China’s economic strength begins to deteriorate.

Ma might be even more obsessed with the Chinese dream than Xi is, but for Taiwanese in general, and Taiwanese businesspeople in China in particular, it is time to wake up. 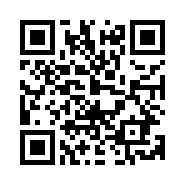