With US presidential nominees Hillary Rodham Clinton and Donald Trump battling it out for the top job, the US lacks the energy and focus to take care of international affairs; the last thing Washington wants at the moment is for a war to flare up.

This explains the White House’s muted response to the Permanent Court of Arbitration’s verdict on the South China dispute between China and the Philippines: It confined itself to calling for a peaceful resolution to the dispute and warning each side to refrain from doing anything that might intensify the conflict.

At the end of last month, Washington sent National Security Adviser Susan Rice to Beijing to reassure Chinese President Xi Jinping (習近平) and shore up mutual trust and cooperation between the two countries.

Beijing has clearly taken note. Rogue states always bully weak nations and fear powerful ones. Give them an inch, though, and they will take a mile. Beijing will not let such an opportunity go to waste.

People’s Liberation Army (PLA) Major General Peng Guangqian (彭光謙) has put it about that if a US aircraft carrier battle group were to enter the South China Sea, it would “become a live target for the PLA,” adding: “We would pick you off, one by one.”

These words were spoken by Peng only after a US naval force had left the South China Sea following a “freedom of navigation” exercise.

On the eve of the 88th anniversary of the founding of the PLA on Aug. 1, PLA Air Force general and PLA National Defence University Liu Yazhou (劉亞洲) political commissar said that whatever direction the next war takes, it is likely that it will not be a local war.

However, PLA Academy of Military Science’s Department of Foreign Military Studies director Wang Weixing (王衛星) is on record saying that the next war will be close to home.

Other PLA top brass, pumping themseves up, have said: “China will win [in any battle].”

Hong Kong Chinese-language newspaper Mingpao has reported that, during an internal party meeting, Xi said: “If we do not move now on the South China Sea question, in the future, all that will be left is a pile of historical records; words alone are of no use. The measures we have taken have simply preserved the existing state of affairs and conditions of the disputes.”

Furthermore, the Politburo Standing Committee believes that a genuinely powerful nation should not be afraid of problems, and should be able to turn any problem to its advantage.

The Chinese Supreme People’s Court on Aug. 2 announced that it would take coercive measures and enact administrative penalties against any foreign vessels or individuals that illegally enter waters under China’s jurisdiction, in accordance with the enforcement of the court’s judicial powers in the South China Sea.

Any foreign vessel or people that refuse to leave Chinese waters will be prosecuted according to the law, it said.

At the same time, the court published a definition of the areas of the South China Sea that it considers fall under its jurisdiction. The US has yet to issue a response.

While putting about threats of war, China is also very much aware that it is no match for the US and has therefore switched strategies, inviting US Chief of Naval Operations Admiral John Richardson to a visit aboard China’s Liaoning-class aircraft carrier.

On the face of it, this is an expression of goodwill toward the US — a demonstration of China’s commitment to openness and transparency. In reality, China wants to make the US believe that its aircraft carrier poses no military threat, to placate US forces deployed in the region.

Beijing does not dare to enter into a direct military confrontation with the US. Instead, China has continually adopted a divide-and-rule strategy to deal with the US’ regional allies, Japan and South Korea, in order to achieve its goals in the South China Sea. On Aug. 8, an unprecedented 14 Chinese coast guard ships sailed into waters close to the disputed, Japanese-controlled Diaoyutai Islands (釣魚台), which are also claimed by Taiwan, and which are known as the Senkakus in Japan. China was attempting to provoke a Sino-Japanese conflict at a time when a preoccupied US is too busy to intervene.

For this reason, Japanese Prime Minister Shinzo Abe called on his country to respond calmly to China’s provocation.

Beijing is also imposing a policy of containment against South Korea — using economic ties to entrap South Korea in the same way it has done with Taiwan — and force the country into becoming a vassal state of China.

North Korean leader Kim Jong-un, in cooperation with China, recently fired a missile into Japan’s territorial waters; Beijing issued orders to Chinese media not to criticize Kim. The sudden falling out between China and South Korea stems from Beijing’s continual indulgence of Kim’s wild behavior. This is the reason the South Korean government recently gave permission for the US to base its Terminal High Altitude Area Defense anti-ballistic missile interceptor system on South Korean soil, while at the same time moving to improve relations with Japan.

With more than four months to go until a new government takes over in the US, what other high-risk moves might China make? The US is certain to refrain from engaging in any military action during the presidential election campaign. Perhaps Beijing will try to lure its enemy into a lethal return of fire. We must keep an eye on the situation. 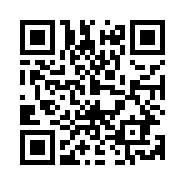