President Tsai Ing-wen’s (蔡英文) government has been dealing with a host of complex national affairs, both expected and unexpected, testing its ability. The public has high expectations of Tsai’s government, but they should also have an understanding of its difficulties, because it is the first time that the Democratic Progressive Party (DPP) is implementing large-scale reform of the old system.

Thanks to its peaceful democratic revolution, Taiwan has avoided bloodshed, but a side effect has been a difficulty in implementing reforms, as it has been necessary to follow the procedures of the existing system, such as the handling of the Chinese Nationalist Party’s (KMT) assets. Although the legislature recently passed the Act Governing the Handling of Ill-gotten Properties by Political Parties and Their Affiliate Organizations (政黨及其附隨組織不當取得財產處理條例), implementing the act could bring difficulties, in particular when it comes to the required cooperation of the judiciary.

The KMT is a Leninist-style party, so it is worth remembering that Vladimir Lenin wrote in 1918: “After their first serious defeat, the overthrown exploiters — who had not expected their overthrow, never believed it possible, never conceded the thought of it — throw themselves with energy grown tenfold, with furious passion and hatred grown a hundredfold, into the battle for the recovery of the ‘paradise,’ of which they were deprived, on behalf of their families, who had been leading such a sweet and easy life and whom now the ‘common herd’ is condemning to ruin and destitution [or to ‘common labor’...].”

What has happened in the past might happen again. For reform to succeed, strong will is required.

Although a communist revolution is cruel and inhuman, it must be admitted that the communists are good at seizing and staying in power. Joseph Stalin and Mao Zedong (毛澤東) both said that “cadres are decisive factors once a political line is decided.”

This is also why society has paid so much attention to the appointment of high-ranking officials. Because of the peaceful revolution and in attempt to follow Tsai’s stable approach, her government has tried its best to promote talented people already present in the ministries.

A top official should undoubtedly be able and have integrity, including ideals. It might still be necessary for Tsai to compromise for the sake of stability, but for key posts, she should appoint people she trusts. Otherwise, the appointees might acquiesce in public, but oppose her in private, and they would not push her policies.

She could learn from Taipei Mayor Ko Wen-je (柯文哲). Reform will lead to instability and mistakes, but that is better than the stability provided by the KMT’s government-business collusion. We must not be shaken when it comes to right and wrong on issues of major importance.

The government’s proposal to give workers “one fixed day off and one flexible rest day” (一例一休) per week has also been a source of controversy, but it is a big improvement. Given from Taiwan’s economic situation, economic development is an urgent task. Labor-management relations are contradictory and interdependent, so the two sides should negotiate, with the government serving as mediator.

The situation in all professions is complex, so a little more flexibility is needed, especially for small and medium-sized service businesses with a small number of employees.

Taiwan must create a good investment environment to attract capital. Besides, employees do not want to suffer unpaid leave if the unemployment rate continues to rise. As for bad employers who appear to follow the policy, but violate it in practice, the government should increase penalties to deter them. 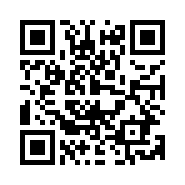