Through a telephone call with Chinese President Xi Jinping (習近平) and an in-person meeting with Japanese Prime Minister Shinzo Abe, US President Donald Trump has just completed his first real contact with two of East Asia’s main players — and the world’s two largest economies after the US itself — since he assumed the presidency.

The importance of these engagements goes without saying. However, it is not clear how much China has gained.

During his phone call with Xi, Trump said that the US would “honor our ‘one China’ policy.”

Note the “our,” as the US reserves the right to interpret the policy. The US recognizes “one China,” but only “acknowledges the Chinese position that there is but one China and Taiwan is part of China.”

China plunged into a state of anxiety following Trump’s inauguration. During the Lunar New Year holiday, Trump’s daughter Ivanka attended celebrations at the Chinese embassy in Washington. She was invited by Wendi Deng (鄧文迪), former wife of international media magnate Rupert Murdoch, allowing China to claw back a bit of face.

There are also reports that pressure was exerted on US Secretary of State Rex Tillerson, resulting in the Trump-Xi call.

Tillerson has, on separate occasions, taken pains to confirm that “the US commitment to Taiwan is both a legal commitment and a moral imperative,” and that the US’ policy on Taiwan is to abide by the “six assurances.”

It seems Tillerson made those statements as a pre-emptive move against any attempt by Beijing to distort what he means by saying “our ‘one China’ policy.”

Just as China was playing up the Trump-Xi call in the overseas Chinese media and using it to trample on Taiwan, Abe was visiting the US.

Trump not only broke with convention by shaking Abe’s hand, but he also treated him to a warm embrace and, in the official joint statement released following their meeting, affirmed that Article 5 of the US-Japan Treaty of Mutual Cooperation and Security covers the Diaoyutai Islands (釣魚台), known to the Japanese as the Senkaku Islands.

Trump’s encounters with Xi and Abe were different at the most fundamental of levels: The conversation with Xi took place in the ether, while that with Abe was face-to-face and very real.

With the Trump-Xi call, China gained little more than face; it was unable to secure anything substantial concerning Taiwan’s status. However, through Trump’s literal and figurative embrace of Abe, China lost face and any substantial advantage on the Diaoyutai question.

Within a short 24 hours, cold water had been thrown over any patriotic pride gained by the call. China was back to railing against “US imperialism” as a cathartic response to ease its damaged ego.

There is much uncertainty surrounding Trump’s foreign policy direction, yet in his first round of diplomacy between major nations, he has made minor concessions to major rivals and reinforced cooperation with major allies. He has indulged China’s vanity, while gifting Japan something of substance.

This is the correct approach, and hopefully Trump will keep going in this direction, using China’s own tricks against it.

Of course, Taiwan will have its own international strategy, but it must remember that it is a small country, and should bide its time watching how the situation develops. It should not try to rock the boat for the time being. 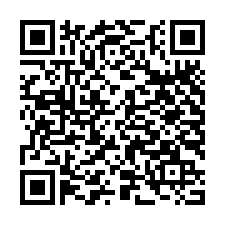