The Democratic Progressive Party (DPP) celebrated its 30th anniversary only two years ago. “At 30, I stood firm,” as Confucius says.

The party should only just have entered the stage of maturity, but instead it looks as if it is on its last legs, ready to draw its last breath. Watching the largest Taiwan-centered political party meet this fate, supporters are devastated.

The “silent revolution” in Taiwan — the democratization process of the early 1990s — eliminated the “armed struggle” element.

However, there was familiarity with the CCP’s “united front” tactics, and leaders of the silent revolution rarely mentioned “party building.”

The concept of party building mainly refers to the efforts of constructing a politically and organizationally solid political mass party to be able to commit no — or at least few — mistakes, and to lead the whole party toward realizing the goals at every stage.

After the DPP’s massive defeat in the 2008 presidential and legislative elections, President Tsai Ing-wen (蔡英文) came to the fore, leading the party in rekindling its vigor and regaining power eight years later.

In retrospect, the DPP was on the right path at the time.

However, in November, after two-and-a-half years in power, the DPP suffered another bruising defeat in the nine-in-one elections, a clear indication of severe political and organizational problems.

Politically, the DPP government sticks to the policy of “maintaining the status quo,” while at the same time coming up short in efforts toward nation building. The government stresses the value of democracy, but does not insist strongly enough on the nation’s sovereignty.

There are also huge loopholes in national security and it is too soft in its approach to China. All these flaws are weakening public morale and it does not create sufficient momentum toward national unity.

Organizationally, there are even more problems, as the party consists of different factions willing to share hardship, but reluctant to share good tidings. Due to a superficial and shameless scramble for family and factional interests, people are picked from small groups or based on relations and friendship, characteristic representative of a small-farmer society rather than a democratic modern society.

The party administration adopts a laissez-faire attitude to the factions and their scramble for their own interests. The issue of a special pardon for former president Chen Shui-bian (陳水扁) and the establishment of the Formosa Alliance gave rise to a hostile atmosphere conducive to those trying to teach the DPP a lesson or viewing it as their archenemy.

The situation divided the voter base and made swing voters unwilling to vote for the party.

However, the DPP ignores these issues and offers neither a solution nor an explanation, causing confusion among its grassroots supporters. The increasing division within the Taiwan-centered factions offers the KMT and the CCP a good opportunity to launch a counterattack.

What has the election defeat taught the government? People can only speculate based on what top leaders say and do. This should not be the attitude of a mass party and government.

Then-minister of education Yeh Jiunn-rong (葉俊榮) chose Christmas Eve to hold a surprise news conference to announce that the ministry had approved Kuan Chung-ming (管中閔) as National Taiwan University (NTU) president to the great astonishment of Tsai and her Cabinet.

In the face of such a sudden attack, which runs counter to procedural justice and lacks administrative ethics, people wonder why the government did not immediately discharge Yeh and revoke the decision to prevent the NTU from becoming a lair of communist bandits. What is it in Yeh’s background that made the government hold back?

With the government already a lame duck, the DPP has an even heavier responsibility. A new DPP cannot be just a vote-gathering machine, it should educate and train its members to help them better grasp the national sentiment and the party’s ultimate goals, implement target strategies, supervise the government’s administration, and maintain an ethical and hardworking approach and behavior.

Given the intricacies of the pro-China party-state forces and Taiwan’s role in the US’ Indo-Pacific strategy, Washington should pay more attention to Taiwan and, if necessary, take resolute measures to prevent Chinese infiltration and invasion. 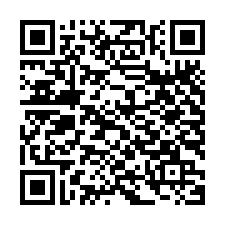