Tuesday marked the 40th anniversary of official US-China diplomatic relations. On Thursday last week, US President Donald Trump wrote on Twitter: “Just had a long and very good call with President Xi [Jinping (習近平)] of China. Deal is moving along very well. If made, it will be very comprehensive, covering all subjects, areas and points of dispute. Big progress being made.”

Trump is very experienced in dealing with rogue states. He talks a lot and no one knows if what he says is true.

However, official Chinese media have an even higher opinion about this latest telephone call.

Xinhua news agency said on its Chinese-language Web site that the “conversation reflected the US’ and China’s shared wish for coordination and cooperation, and the two countries are searching for ways to set the development of bilateral relations on a road toward overall stability... Reaching these agreements were not easy, and they are very important.”

The Chinese Ministry of Foreign Affairs also posted a statement on its Web site by spokesman Lu Kang (陸慷) strongly affirming the past 40 years of US-China relations.

However, US mainstream society and media have expressed no interest in the anniversary, and Trump did not even mention it in his tweets, although US broadcaster Voice of America said that the US Army on many occasions has said that it would cooperate with China if it can and oppose it if it must.

The US has lost all trust in China, and even if China were to fall on its knees and ask the US to end the trade war to avoid a collapse, the US is still demanding that China conduct structural political and economic reform.

At a big event celebrating 40 years of reform and the opening up of China’s market, Xi said that some things would not be reformed, and to this he day he has refused to admit to Chinese intellectual property theft and cyberattacks.

In the end, the US and China might go to war to bring about a fundamental solution to their troubles.

Last month, Trump played some military tricks. First he decided to pull US troops out of Syria and said that he would reduce the US’ military presence in Afghanistan. He has now decided to slow down the pullout from Syria.

Second, he paid a sudden visit to US troops in Iraq to prevent any rash moves from Iran or the Islamic State group and to avoid an attack following a troop withdrawal.

This news makes it clear that the US does not want a war on two fronts and is focusing on China while improving ties with Russia to prevent it from becoming involved in a war between the US and China.

It is unlikely that Russia would want to become involved in such a war, as it is more interested in Xinjiang. If there is war between the US and China, the 1 million people in concentration camps in Xinjiang are certain to revolt and Russian troops would go to their rescue.

This is why US troops should not be pulled out of Afghanistan. They are needed to assist with the liberation of Xinjiang, to stir up the Tibetans and to restrict Russia. If China comes under attack from both sides, it would be on the verge of collapse, and that is when true reform would be seen.

Time is not on the US’ side. This is something that former US secretary of defense James Mattis did not understand, and that was why Trump had to force him out.

Trump does not want to station troops overseas, but a war with China would be a quick local sea and air war.

As long as the Zhanjiang, Sanya, Ningbo and Qingdao naval bases are destroyed, as well as the Jiangnan Shipyard in Shanghai and Dalian Shipbuilding Industry Co in Dalian, the Chinese navy would sustain a heavy blow and it would be a long time before it got back on its feet.

This would be a fundamental solution to China’s expansionism and aggression, and it would also create the conditions to change the pirate nation.

Trump’s Republican predecessor, former US president George W. Bush, started the invasion of Iraq and the war in Afghanistan, meaning that it is not impossible for Trump to follow in Bush’s footsteps and start another war.

Winning that war and removing an enemy of democratic nations and a danger to humanity would make the US even mightier and guarantee Trump’s re-election while President Tsai Ing-wen (蔡英文) — with whom the US is very comfortable — is in power in Taiwan and the Chinese Nationalist Party (KMT) is forced to choose sides. This is the way to solve the dispute over Taiwanese sovereignty. 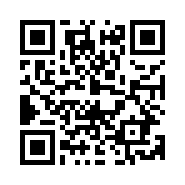