The anti-extradition movement is uniting under the slogan “Liberate Hong Kong, the revolution of our times,” a slogan proposed following the “Umbrella movement” by Edward Leung (梁天琦), who was then a leader of Hong Kong Indigenous (本土民主前線) and is now serving a six-year prison sentence for rioting in connection to the 2016 protests.

When he proposed the slogan, Leung gave some thought to whether it should be “our times” or “our generation,” as ideas diverged between the young generation and the old pan-democracy camp. Because he felt that intergenerational unity was important, he picked “revolution of our times,” which also reflected the Hong Kong spirit.

As the movement defends Hong Kong’s core values, an unprecedented intergenerational unity has appeared to form an unstoppable torrent of the times.

Some old friends in Hong Kong have said they stand on the frontlines to thank young people for their sacrifices on behalf of Hong Kong, and because they hope it will help protect them.

In practice, the young have had to protect them and help evacuate them when things turned dangerous, guarding their backs as they retreated. They felt embarrassed for having said they would protect the young.

It is this emotional intergenerational connection that has allowed the protests to go on for more than 100 days.

Due to this pernicious behavior, an agreement has formed among the police, organized crime and the Fujian Gang (福建幫) that whether beating up or arresting people, they target young people. One-third of the more than 1,000 people who have been arrested are students, while the age of those arrested has dropped to as low as 13.

It is almost exclusively young people who have been hit in the head or eyes by rubber bullets, as if it was intentional. Information is also spreading on the Internet about how the police have continued to beat and abuse young people after subduing them.

On July 21, people in white T-shirts beat passengers at the Yuen Long subway station, and on Aug. 31, police did the same thing at Prince Edward station. Both times, the perpetrators indiscriminately attacked young people. Some of the people that ended up in hospitals or in detention centers were youngsters with fractures.

Hong Kong’s richest man, Li Ka-shing (李嘉誠), has said that the young are the territory’s future leaders. Li, who grew up there, is a living example of this.

The CCP and the Hong Kong police are intentionally striking hard, and crippling both the young and their spirit.

In Taiwan, the 228 Massacre was the Chinese Nationalist Party’s (KMT) attempt to exterminate a generation. The CCP is doing the same thing to Hong Kong’s future elite, which is fully in line with the CCP’s colonial mindset: It wants the territory, not the people.

As Hong Kongers put their own lives on the line protesting against the CCP’s tyranny, they are regrettably faced with silence from one of the signatories to the Sino-British Joint Declaration — the British government.

Perhaps the UK is preparing to accept economic aid from China after leaving the EU. Germany continues to give China financial aid, while the Australian government is afraid of naming names after having been hacked by Chinese hackers.

It is this kind of incompetent and cowardly appeasement that has allowed China to expand and become increasingly arrogant. Despite the CCP having shown its true colors in tearing up an international agreement, these countries still will not take a step back and reflect on their actions. 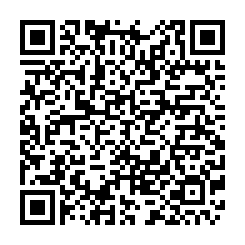