The visit of a 90-member delegation led by Czech Senate President Milos Vystrcil is another diplomatic breakthrough for Taiwan. During the third wave of democracy in the second half of the 20th century, the Czech Velvet Revolution and Taiwan’s quiet revolution were reflections of each other.

Taiwanese will always remember former Czech Senate president Jaroslav Kubera, who in January paid with his life for the Senate’s plan to visit Taiwan, according to his family.

Pilsner beer should be drunk and Czech composer Bedrich Smetana’s My Homeland appreciated in celebration of the friendship between Taiwan and the Czech Republic.

However, for Taiwan to become a normal country, establishing diplomatic ties with the US is indispensable.

There is some hope: At the US Democratic National Convention last month, the Democratic Party removed the “one China” policy from its party platform. Both the Republican and Democratic parties are at the stage of “one China, one Taiwan.”

A few days later, Chinese Ministry of Foreign Affairs spokesman Zhao Lijian (趙立堅) responded to this important change by downplaying it and restating the hackneyed “one China” principle, making it clear that this is a weak spot for the Chinese Communist Party (CCP).

While Chinese President Xi Jinping (習近平) is arousing global opposition through Chinese expansionism and huge spending to push the Chinese dream onto the world — both China’s one-party dictatorship and COVID-19 — the image of Taiwan, also part of the Chinese-speaking world, as a peaceful, democratic, rational and happy nation is also on the rise, in stark contrast with China.

US-Taiwan diplomatic ties would force the world to choose between good and evil, beauty and ugliness, and right and wrong.

China could react in a few different ways to the establishment of US-Taiwan diplomatic relations.

First, it could sever relations with the US. However, China has repeatedly expressed its unwillingness to decouple from the US because it would cause its economy to collapse and the US would set up new international organizations to decide this planet’s future, competing with the international organizations that have long been infiltrated by China.

Second, China could launch armed attacks to protect its “core interests.” While it would not dare to initiate an attack on the US, it might attack Taiwan.

However, even if only for its own interests, the US would need to intervene, as it cannot afford a collapse of the first island chain, as that would endanger US security.

The US must also protect Taiwan’s high-tech industry to ensure high-tech development in the US. The day that the US counterattacks is the day the CCP collapses, so the CCP does not dare to act impulsively.

Third — and most likely — the CCP could strongly protest and then file a complaint at the UN, as they did over the US-China trade dispute. They could also impose “sanctions” or harass Taiwan to show Xi’s “patriotism” to the younger generation of Chinese nationalists.

However, the US is more capable of a counterattack, and Taiwan’s military and civilians would not easily give in.

The effects on Taiwan would not be fatal. If Taiwan is not ready to pay a certain price, how would it become a normal country?

The biggest effect of the establishment of US-Taiwan diplomatic relations would be on Xi and the CCP.

The CCP is a master at carrot-and-stick tactics and playing for time, but it would not have the time and space needed to manipulate the situation and would need to take a clear stand.

Not many Chinese would want to sacrifice themselves for Xi. Except for Chinese Central Military Commission Vice Chairman Zhang Youxia (張又俠), a friend of the Xi family, all military leaders were promoted to their posts during former administrations, and even Zhang Yang (張陽), former director of the Central Military Commission’s political department, who was promoted by Xi, was driven to suicide.

A wave of countries establishing diplomatic ties with Taiwan would be the last straw to break Xi’s back, because all of the responsibility would fall on “Emperor Xi.”

Russian communist revolutionary Vladimir Lenin said that the ruling class would not withdraw from the stage of history voluntarily. Xi amended China’s constitution to allow himself to remain in power for life, so it is unlikely that he would step down without military intervention.

It is also unlikely that he would be overthrown like the Gang of Four in 1976, because at that time, the military leadership still had full power over the Chinese People’s Liberation Army.

Only if Xi is pushed into a corner and left with no way out would those of his circle abandon him.

All other problems could be sorted out after Xi steps down and Charter 08 could serve as a blueprint for China’s future. 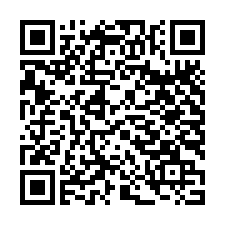