On Tuesday last week, China released the guest list of

foreign dignitaries that were to attend yesterday’s

communist countries, many of which are Central Asian

nations that gained their statehood after the dissolution

of the Soviet Union. China’s face hinges on the number of

Since the purpose of staging a military parade is to

boycotted the event; a slap in Beijing’s face.

If the US had approved of Beijing’s saber rattling, China

is already set to visit the US later this month. Would it

really be necessary for Xi and US President Barack Obama to

meet twice within a month? Despite that, some Chinese media

outlets still fueled rumors that Obama would appear at the

military parade. After this was confirmed to be false, the

Global Times, a tabloid owned by the People’s Daily, the

Yesterday’s parade was a public humiliation to Japan.

Japanese Prime Minister Shinzo Abe did not attend, although

some Japanese media outlets said in July that he might.

That was just a tactic to trick other nations into

attending, as many Japanese media are pro-China and willing

to play the role of a mouthpiece that overlooks China’s

vices and speaks highly of its virtues. This is also why

young Japanese are opposed to the passage of Japan’s new

security bill in the face of Beijing’s threats.

Another person whose attendance was long debated was South

out, China invaded South Korea. If the UN force led by the

US had not intervened, South Korea would probably not exist

today. However, Park could not resist the Chinese lure and

she attended the parade despite US opposition. South Korea

’s nationalism is a bit strange: There is a stronger anti

-Japanese sentiment than in China, but there are also those

who have grievances against the US, its protector.

Kim Jong-un was not invited, apparently because Beijing did

not want to embarrass Western countries. After Western

leaders turned down their invitations, some thought there

was still a chance that Kim would attend, but he apparently

and not only refused to attend the parade, but managed to

capitalize on his decision.

On Aug. 20, North Korean troops fired shells at the South

and demanded that Seoul cease its propaganda broadcasts.

The next day, Kim announced that North Korea was in a semi

he had lost his mind.

In fact, this happened around the time that China was

pursuing Park to attend its parade. A scene in which Park

and Kim both showed up in Tiananmen Square would have been

With the Korean Peninsula on the verge of war, Beijing had

to intervene to defuse the stand-off. Kim must have been

given a lot of concessions to agree to stop the saber-

rattling, as the absence of Park in the Chinese

extravaganza would have done a lot of harm to China’s

Will the parade have helped Xi’s Chinese dream come true?

It is pretty safe to assume that China’s internal and

external crises will not be resolved by conducting a

military parade, and it probably only made things worse. 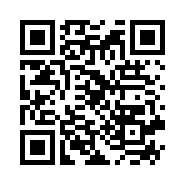