Trumpism is not going anywhere

The result of the US presidential election is not yet official, and US President Donald Trump is pursuing litigation, hoping to take it to the US Supreme Court, but even without a second term for Trump, Trumpism has taken a foothold.

Even the Western leaders first to congratulate US president-elect Joe Biden were anxious to see whether Trumpism would continue into the new administration: Canadian Prime Minister Justin Trudeau was concerned about Biden’s policy toward Huawei Technologies Co and Japanese Prime Minister Yoshihide Suga was worried about his attitude toward the Diaoyutai Islands (釣魚台), known as the Senkaku Islands in Japan.

The leaders of Russia and China, which Biden considers adversaries, have made it clear they will wait for the outcome or the “confirmation” of the judicial proceedings. Enemies tend to be more alert than allies, as their overall destiny depends on it. [Editor’s note: Chinese President Xi Jinping (習近平) on Wednesday last week sent a congratulatory message to Biden.]

Since the US presidency was established in 1789, 44 men have served as US president, but few saw their policy become a “doctrine.” The most famous example was former US president James Monroe’s “Monroe Doctrine” — “America for the Americans”— advocating isolationism.

The Chinese Communist Party (CCP) initially misjudged Trump, thinking that he, too, would be isolationist. Xi thought that US isolationism would create a great opportunity for China to thrive, but he did not expect that Trump’s “America first” would actually place the CCP in its sights.

What is Trumpism, the doctrine established but not completed by Trump over the past four years? According to a nearly 8,000-word interview by Voice of America in mid-November with Miles Yu (余茂春), US Secretary of State Mike Pompeo’s principal China policy adviser, it is focused on politics and diplomacy.

Yu characterizes Trumpism as “America first,” principled realism and an enhancement of US international credibility.

The “principles” chiefly refer to what is needed for nation building, including human rights and freedom — especially a personal freedom never subject to any interest group’s monopolization or interference.

“Credibility” refers to doing what one says. Trump signed without hesitation all of the bills passed by the US Congress, something that many previous US presidents could not do. This is particularly significant for Taiwan and Hong Kong.

The interview focuses on the US’ China policy under Trump. The Trump administration abandoned “playing the Chinese card” — using China to achieve a certain purpose — to formulate a China policy; it abandoned a policy centered on engagement and repudiated illusions about China; and it made a clear distinction between the CCP and the Chinese people.

In practice, the Trump administration did not trust the CCP’s assurances, but brought the principle of reciprocity to bear in bilateral relations.

On Taiwan, the Xinjiang region and, in particular, Hong Kong, it hoped to engage in diplomacy with the CCP in a more candid and open manner. The practice of closed-door negotiations and secret transactions via intermediaries was a thing of the past.

Trump’s China policy is epoch-making. Many think that the pro-China faction in the US originated with former US president Richard Nixon’s visit to China, but it has long been influential in US politics and society — even as early as when the CCP government moved to Yan’an, Shaanxi Province, in the civil war against the Chinese Nationalist Party (KMT) government, sympathy in the US for the CCP was influencing Washington’s China policy.

Trumpism — especially in its measures against China — is alive and well. Even without Trump in the White House, the winner of the US-China struggle has yet to be decided. 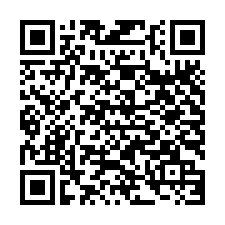