Just take a look at what happened to Hong Kong

While the upcoming visit of China’s Association for Relations Across the Taiwan Strait Chairman Chen Yunlin (陳雲林) for the second round of talks with Straits Exchange Foundation Chairman Chiang Pin-kung (江丙坤) may seem focused on economic issues, we must remember that the Chinese Communist Party (CCP) is a political creature and that the talks will have undertones that will be aimed at damaging Taiwan’s sovereignty.

In 2003, the SARS epidemic spread from China to Hong Kong. Many people died and Hong Kong’s economy was hurt. Then-Hong Kong chief executive Tung Chee-hwa (董建華) was criticized as incompetent for relying on China and its economy to solve Hong Kong’s problems. Almost 1 million people took to the streets in protest.

Following this, China eased restrictions on its nationals traveling to Hong Kong in the name of injecting life into Hong Kong’s retail industry. The government painted this as a panacea for Hong Kong’s economic problems and, as a result, the government neglected transforming the structure of industry in Hong Kong. The result was that Hong Kong became overly dependent on China, and when global financial worries started and China’s economy began to slip, Hong Kong’s economy had hardly any life left in it at all.

The Chinese Academy of Social Sciences and other academics released a joint study entitled the Global Urban Competitiveness Report 2008-2009 in July. Hong Kong ranked 26th in terms of overall competitiveness among other cities in the world — a drop of eight places compared with two years ago. The academy is a think tank for the CCP and if this is what they are saying, how can the present administration’s economists still be willing to sacrifice Taiwan by placing all their hopes in China?

An over-reliance on China caused inflation to rise in Hong Kong as the price of goods in China increased. In July, Hong Kong’s inflation rate was 6.3 percent, the highest in 11 years, with Hong Kong Chief Executive Donald Tsang (曾蔭權) saying that high rates will continue until next fall. Real income in Hong Kong is also dropping and Hong Kong’s stock market has plummeted as markets in the US and China have fallen.

Chinese company stocks account for half the total value of Hong Kong’s bourse and the Hang Seng index finished about two-thirds lower than average several days ago after the Chinese stock market fell 7.2 points. Stocks in Chinese companies have now become a hindrance to Hong Kong’s stock market and are definitely not a panacea for Hong Kong’s economic woes.

Hong Kong’s media has reported a struggling real estate market, slow business and record unemployment rates.Many enterprises have gone bust and Hong Kong-backed businesses in China have also experienced trouble. Federation of Hong Kong Industries chairman Clement Chen (陳鎮仁) has said there are almost 70,000 businesses in China’s Pearl River Delta that are backed by Hong Kong investors and one-quarter of these are expected to go out of business before the Lunar New Year.

President Ma Ying-jeou (馬英九) and his economists should be paying close attention.

TRANSLATED BY DREW CAMERON
This story has been viewed 956 times. 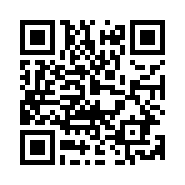