Ma selling out country and party

Sept. 3 was Victory over Japan Day in the People’s Republic of China (PRC). The People’s Daily, a mouthpiece of the Chinese Communist Party (CCP), published an editorial claiming the victory was a result of the leadership and efforts of the CCP, which represented the will of all Chinese in the anti-Japanese war effort. Neither the Chinese Nationalist Party (KMT) nor the Republic of China (ROC) were mentioned.

President Ma Ying-jeou (馬英九) had no choice but to make a clarification the next day, and say that victory in the eight-year war was achieved under the leadership of the ROC government, led by the KMT regime, and that this is historical fact. In particular, Ma said Chinese President Hu Jintao’s (胡錦濤) statement five years ago that the CCP and the KMT together led the resistance against Japan “was closer to the truth.”

However, Hu is still general secretary of the CCP and the People’s Daily is still controlled by him and the party’s Publicity Department. Hu’s constant changes are typical of the CCP.

In the past, the CCP’s stance on the Sino-Japanese War was clearly expressed by Mao Zedong (毛澤東). At the Luochuan Meeting in northern Shaanxi Province in August 1937, he said the strict guidelines of the CCP were to use one-tenth of its strength in the fight against Japan, two-tenths on procrastination and seven-tenths on development, while doing all it could to spread its propaganda, adding that no member and no organization could violate the overall guidelines.

When Mao met two key members of the Japan Socialist Party in 1964 and then-Japanese prime minister Tanaka Kakuei in 1972, they apologized for the Japanese invasion. Mao, however, said apologies were not needed because “without the imperial army, we would not have gained power.”

It was only after Mao’s death in 1976 and, in particular, after the Tiananmen Square Massacre in 1989, that the CCP began to fan nationalism to divert attention from internal problems and unite the public. The party says it adheres to historical materialism, but it is more like historical egocentrism, since the interpretations change according to need.

In the eyes of the communists, the ROC did not perish in 1949. Rather, to the CCP, it hardly ever existed at all. It did not exist during the Sino-­Japanese War because in the CCP’s historical archives, during the civil war between the KMT and CCP from 1927 to 1937, China consisted of poor rural areas and revolutionary bases, later changed to the Chinese Soviet Republic, not the ROC.

Even during the Northern Expedition, the CCP said it was led by Zhou Enlai (周恩來), Ye Ting (葉挺) and other communist leaders. According to the CCP, the early KMT was only able to survive thanks to the support of the Soviet Union and communists joining the KMT, as well as the CCP.

Hence, asking the CCP to respect the KMT and “one China with each side having its own interpretation” of what that China is, is nothing but a dream.

The CCP treats history as “just a girl who can be dressed up at will,” but the party wrongly attributed the statement to late Academia Sinica president Hu Shih (胡適), and criticized him heavily for it. According to the CCP, he was an unforgivable politico, idealist, pragmatist, imperialist flunky and mere intellectual of the bourgeoisie.

Surprisingly, on Sept. 2, an unabashed Chinese Minister of Culture Cai Wu (蔡武) visited Hu Shih’s former residence during his weeklong trip to Taiwan, although the CCP never apologized to Hu.

Ma has now instructed Taiwan’s National Cultural Association to cooperate with China on the compilation of a comprehensive Chinese-language dictionary, thus handing the right to interpret the truth of discourse to Beijing.

Some have said that the PRC’s first and second 30 years are different from each other because Beijing adopted a policy of reform and opening up, but has their nature changed apart from developing even greater ambition?

Hu Jintao’s comments in 2005 differ from his comments and the People’s Daily editorial this year because China has changed over the past five years. Ma was not in power then, and Hu was promoting unification tactics targeting the KMT.

However, Ma has fallen into the “one China” trap by signing the Economic Cooperation Framework Agreement (ECFA). Why should the CCP continue to show humility to the KMT?

However, Ma is still prostrate on the ground, asking Taiwanese to believe the communists and the KMT’s Youth Corps to use Hu Jintao as a role model.

Isn’t that selling out country and party?

Worst of all, he is asking 23 million Taiwanese to go down with him. As the Chinese saying goes, he is indeed offending both God and reason.

Paul Lin is a political commentator based in Taipei.

This story has been viewed 617 times. 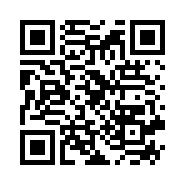