The provisional title of this article, “The sensitive issue of China-Hong Kong relations” would not be considered “politically correct” in Hong Kong. After 1997, when the British handed the territory back to China, Beijing decreed that a number of political terms would be used regarding the territory. For example, China-Hong Kong relations were to be known as “relations between Hong Kong and the interior,” because juxtaposing China and Hong Kong smacks of sympathizing with Hong Kong independence. Nor could one talk of the 1997 “transfer of sovereignty,” because in Beijing’s eyes, Hong Kong has always been a part of China: One could only speak of a “return.”

Even if the media in Hong Kong do not have to enforce these rules, such terminology is becoming ever more common. This is how Hong Kong is slowly becoming linguistically “Sinicized.” I beg your pardon — I should perhaps have said “interiorized.” This is one of the deep-seated causes of the tension that has broken out in Hong Kong of late between locals and visitors from the “interior.”

One issue that has recently highlighted these tensions concerns the introduction of the Hong Kong-mainland China driving scheme, allowing drivers registered in China to drive into Hong Kong. Many are concerned that Chinese drivers will not follow traffic rules, and some are also worried that it will lead to the adoption of China’s system of driving on the right. This last fear has led to criticisms that Hong Kongers are relics of British colonialism, though Japanese also drive on the left. Chinese Vice Premier Wang Qishan (王岐山) dismissed these concerns by saying that Chinese motorists would observe traffic regulations when they are in Hong Kong, and the government of the Special Administrative Region dared not refuse to accept them. Some Hong Kongers fear this is the beginning of the end.

Although some suspect these tensions are born of discrimination against Chinese, or even motivated by Hong Kong independence sympathies, politicians in the pan-democracy camp dare not speak out about the subject, and it has been up to the younger generation to broach it. On Feb. 1, a group of young Hong Kongers clubbed together to run the infamous “locust” advert — the insect being used as a metaphor for the mainland Chinese overrunning the territory — accompanied with the phrase “Hong Kongers have had enough.” This opposition to Sinicization and the attempt to preserve Hong Kong’s history and culture is a social movement that originates with the younger generation and has nothing to do with political parties.

On the night of Jan. 14, when the Democratic Progressive Party (DPP) lost the presidential election, I was there and I saw all these people who until then had been just names in the newspaper. It was a moving experience. The younger generation in Taiwan today lack an awareness of the importance of autonomy. Surely they will not end up just like the people in Hong Kong today, and only wake up to what is happening after the Chinese Communist Party (CCP) has succeeded in taking over?

Online commentators and the press in Hong Kong are keen not to be seen as looking down on people from China, so whenever they need to criticize Chinese they refer to China as “the great power.” For example, a Chinese woman who had a go at a customs official in Hong Kong was reported in the media as being “a woman from the great power” doing such and such. Even though this does make some Chinese a little uneasy, the term recognizes China’s status as a great power, so in another way they are quite happy with it. This has the effect of mitigating their anger toward Hong Kong, and stops the tension becoming any worse than it already is.

A similar thing has happened in Taiwan. Some time ago President Ma Ying-jeou (馬英九) declared that China was to be referred to as “the mainland” (大陸) in official correspondence. It is difficult to know whether that was done following a directive by the CCP’s Publicity Department or whether they just think the same way. From this we get words like “mainland Chinese tourist” (陸客), “mainland Chinese spouse” (陸配) and “mainland Chinese investment” (陸資). This last term is different from the one used in Hong Kong to mean Chinese investment, which just goes to show how dubious these terms are.

If Taiwan accepts China’s linguistic standardization, and loses the right to determine the names of things, then the loss of sovereignty will be preceded by the loss of our culture. For this reason we need to push harder for a “Taiwan consensus,” the issue being how to flesh it out to make it more substantial, rather than to continue arguing back and forth with the Chinese Nationalist Party (KMT) over the “1992 consensus.” 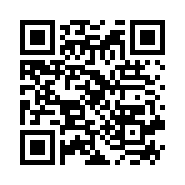