The Chinese Communist Party (CCP) has sold millions of square kilometers of territory — in Siberia to the north, the Aral Sea and Pamirs in Mid-Asia, Outer Mongolia, the Mt. Changbai, the lands below the McMahon Line in the south, Jiangxinpo between China and Myanmar, Laoshan between China and Vietnam, and a number of islands in the South China Sea. Beijing has been quite content to cede territories in the past, but it is encouraging large-scale anti-Japanese demonstrations for the tiny Diaoyutai Islands (釣魚台), known as the Senkakus in Japan. Clearly, there is some kind of agenda behind all this.

As the Chinese saying goes, “If the upper beam is not straight, the lower ones will warp.” If those in charge have a certain agenda, those at the bottom will follow.

One protester had a banner saying, “The Diaoyutais belong to China, as sure as my wife belongs to me.” Some have even killed Japanese Akita dogs to vent their anger. The list is too long to go into. However, many of them are just thugs committing crimes in the name of patriotism. We may well call them “patriotic thieves.” Perhaps this is a result of the “national education program” in China.

To understand what is happening here, we have to look at the power struggles within the CCP. According to a Aug. 29 report by Japan’s Jiji Press, some Chinese diplomats responsible for Japanese affairs revealed that China was prepared to accept Japan’s “nationalization” of the Diaoyutais, for had Tokyo Governor Shintaro Ishihara managed to buy some of the islands he would have developed them and carried out geological surveys.

This would have changed the status quo and been a constant source of contention for the Chinese. China had three conditions: no presence on the islands, no resource exploitation or surveys and no development. Beijing did not deny the report.

Unfortunately, China later regretted this decision, presumably due to opposition from the hawkish officials, but Japan was not aware of this. On Sept. 9, when Chinese President Hu Jintao (胡錦濤) expressed his tough stance to Japanese Prime Minister Yoshihiko Noda at the 2012 APEC summit in Russia, Noda probably thought it was simply diplomatic rhetoric.

On that day, Xinhua news agency first published Hu’s comments and then deleted them, before putting them back again. This was a reflection of these internal power struggles.

Japan failed to notice this, and nationalized the islands as planned, assuming, incorrectly as it turned out, that the CCP would prioritize stability as the 18th National Congress approaches. It forgot how stirring nationalism over international disputes can be a great way to get the better of political rivals at home.

On Sept. 14, Chinese Premier Wen Jiabao (溫家寶) gave a speech at Beijing’s Tsinghua University, saying that his love for the people permeated the very fiber of his being.

One can imagine that such a melodramatic statement was born out of accusations from someone high up that Wen was a “traitor.” Coincidentally, the very next day, China’s crown prince, Vice President Xi Jinping (習近平), ended his absence from the public eye.

Given the CCP’s tight control over dissidents, it was surprising that the authorities were prepared to countenance both the orchestrated anti-Japanese demonstrations in more than 80 cities and supporters of Mao Zedong (毛澤東) and Bo Xilai (薄熙來) coming out of the woodwork.

Undoubtedly, the media’s inflammatory coverage of the Diaoyutai Islands affair has played a part, but no Chinese leader has called for calm. Are they worried about being labeled “traitors?” And what roles have the party’s Central Commission of Political Science and Law and Publicity Department of the Central Committee, that might be downgraded at the coming congress, been playing?

I am afraid that the biggest loser in the anti-Japanese movement may be China itself. Most victims in the riots were Chinese people, and foreign investors will now be more wary about how things are going in China.

It is all so reminiscent of the anti-Westerner Boxer Uprising in the dying days of the Qing Dynasty, with the Chinese leadership behaving just like Empress Dowager Cixi (慈禧太后).

It seems there has not been all that much progress over the past century. 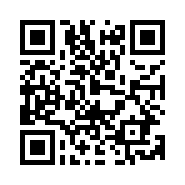