The tainted oil scandal has highlighted the collusion between government officials and big business.

In the case of Ting Hsin International Group (頂新國際集團), it does not only seem to have had access to the president, but Council of Agriculture Minister Chen Bao-ji (陳保基) was apparently “summoned” by the firm to a meeting at the Ting Hsin headquarters in Taipei 101, where he met with China’s Association for Relations Across the Taiwan Straits Deputy Chairman Zheng Lizhong (鄭立中).

Only they know what kind of deal was made there. One can only speculate how often such events involving government, business interests and national security take place in Taiwan.

Ting Hsin did not only harm Taiwanese, but also Chinese, in the pursuit of profit. The Wei (魏) brothers have been among the wealthiest Taiwanese for a long time, but they remained unsatisfied and turned to selling tainted oil to further increase their returns. That makes it obvious that Chinese Nationalist Party (KMT) Taipei mayoral candidate Sean Lien’s (連勝文) claims that his wealth means that he will not be greedy are nonsense.

How could any comprador willing to sell out Taiwan’s political and economic interests be clean and uncorrupted?

If the Lien family have stopped being greedy because they have money, why did Sean Lien’s sister, Lien Hui-hsin (連惠心), invest in Geneherbs Biotechnology, a pharmaceutical company which sold weight-loss pills containing unauthorized drugs?

In what way is this different from the greed involved in the Ting Hsin case?

When Lien Hui-hsin avoided prosecution by paying a NT$6 million fine (US$197,000), did she think this would not affect the election prospects of her brother Sean? If they have such influence over the judiciary, we could well be faced with a lot more of these issues if Sean Lien becomes Taipei mayor and then goes on to run for the presidency.

To deal with the collusion between business and government, President Ma Ying-jeou’s (馬英九) administration responds in one of the following three ways:

First, it delays detentions and investigations so that those involved can coordinate their stories to have the charges lowered or avoided altogether. This is precisely what happened in the case of former Cabinet secretary-general Lin Yi-shih (林益世) and former Cheng I Food Co (正義股份) and Ting Hsin Oil and Fat Industrial Co (頂新製油實業) chairman Wei Ying-chun (魏應充).

Second, it blocks further investigations by prosecutors by making it clear that “this is as far as it should go.”

This is what Minister of Justice Luo Ying-shay (羅瑩雪) did in the case of developer Farglory Group’s chairman Chao Teng-hsiung (趙藤雄), who stands accused of bribing Taoyuan County deputy commissioner Yeh Shi-wen (葉世文).

Third, it makes big statements at first then lets people off the hook. Minister of Finance Chang Sheng-ford (張盛和) first took a tough approach toward Ting Hsin taking control of Taipei 101, but then relaxed his stance. Was this because he was too weak or because someone behind the scenes pulled the strings? Also, the fines against Chang Chi Foodstuff Factory Co (大統長基食品公司) dropped from NT$1.85 billion to NT$50 million. Was this because top officials in Chang Chi had contacts in high places that protected the company?

KMT Taipei City Councilor Lai Su-ju (賴素如), who is Ma’s lawyer and the former director of Ma’s campaign office, was allowed to stand for election in the Taipei City councilor election prior to a verdict being reached in the Taipei Twin Towers corruption case in connection to which she was indicted on corruption charges last year. It is alleged she received a bribe of NT$1 million over the project. This makes it even clearer how powerful Ma and his clique are.
In China, there is a debate over whether the Chinese Communist Party (CCP) or the law is more powerful.

Perhaps we should look at whether Ma or the law is more powerful in Taiwan.

With all these goings-on, one wonders how some people can believe that Ma is clean, and doubt that the special allowance fund case should be reopened. Another question is how much of the political donations Ma receives from tycoons and organized crime go to the party coffers and how much goes elsewhere, who knows where.

One of Ma’s two daughters lives in New York, the other in Hong Kong: Is he planning a change of address when he retires? It is no surprise that he wants to push through the service trade agreement after getting told off by China for his comments about the pro-democracy demonstrations in Hong Kong.

When King Pu-tsung (金溥聰) returned from the US to the post of National Security Council secretary-general, he brought his whole family with him, implying that he has a better sense of propriety than Ma does.

When commenting on the Ting Hsin scandal, Hit FM radio host Clara Chou (周玉蔻) asked an insightful question: If the reason that King has not been in Taiwan during these developments is because he disapproves of Ma’s actions. 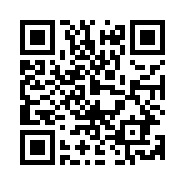