Three weeks ago, China’s Xinhua news agency reported that the Chinese Communist Party (CCP) Political Bureau, or politburo, decided in a meeting on Sept. 30 that the Fourth Plenary Session of the CCP’s 18th Central Committee would be held in Beijing from yesterday through Thursday.

On Sept. 22, the Hong Kong Chinese-language newspaper Ming Pao, which is generally well-informed about such matters, reported that the CCP Central Committee’s Fourth Plenary Session would be held in Beijing over two days starting on Monday last week. It added that, in addition to the big issue of strongly promoting government in accordance with the law — as had been announced quite a long time ago — personnel adjustments would be on the plenum’s agenda.

However, just a week after that report, Xinhua said that the plenum would open a week later than the newspaper reported.

Sept. 22 was when Hong Kong university and college students announced the start of a class boycott. Initially, not many students were expected to join the strike, but the special autonomous region government’s use of pepper spray and tear gas canisters to forcibly clear protesters from the area they were occupying on the evening of Sept. 28 led to a backlash from students and the public at large, and resulted in 10 days of paralyzed traffic in parts of the territory.

Considering the worldwide attention that has been focused on Hong Kong’s “Umbrella movement,” it is inconceivable that the demonstrations would not have been discussed at the politburo meeting on Sept. 30.

However, Chinese authorities do not want to raise Hong Kong’s profile, so the last sentence of Xinhua’s report on the meeting said only that “other issues were also discussed at the meeting.”

The point of delaying the opening of the plenum until yesterday was to give Hong Kong’s government more time to resolve the Umbrella movement, otherwise the meeting would be held while Occupy Central was still going on — creating a significant loss of face.

Hong Kong-based Web site Mingjing News (明鏡郵報), which reportedly has special channels of communication with a certain faction of the CCP, reported that a source among political circles in Beijing said, as Occupy Central drags on with no end in sight, that the central leadership is beginning to lose its patience.

The source reportedly said that a team set up in response to Occupy Central has proposed a timetable, demanding that the protests were to be brought to a close before yesterday — that is to say before the start of the fourth plenum.

The news source said that firm measures that the authorities intended to take in dealing with the protests did not include violence or bloodshed, but rather entail legal procedures.

However, what is mobilizing the police to arrest students and leaders of the movement if it is not violence? And who can guarantee that there will be no bloodshed?

Following two rounds of dialogue between students and the Hong Kong government, on Oct. 3, suspected gangsters attacked students in the Mong Kok district, while police did little to stop the violence. On Oct. 10, the terrtory’s leaders set aside dialogue, causing a breakdown in communication between the sides. Since the Mong Kok incident, there have been numerous other “crowd-on-crowd” incidents of provocation against students and other citizens.
Counterprotesters have even gone so far as to block Hong Kong’s Chinese-language Apple Daily from distributing its newspapers in an attempt to snuff out discordant opinions in media outlets. Clearly, something odd is going on.

According to Ming Pao, there is a group of non-aligned people who have been trying hard to prevent the occupations from dragging on without any conclusion. Their efforts have included making conciliatory suggestions on behalf of the Occupy Central protesters, namely that the Hong Kong government could present a supplementary report to the Standing Committee of China’s National People’s Congress, and for Hong Kong High Court justices to form a committee to investigate the Occupy Central movement. However, these suggestions were rejected.

The students, for their part, suggested opening the busy Queensway thoroughfare to traffic and having the square next to the east wing of Hong Kong’s Central Government Offices, which is popularly known as Civic Square, as their gathering point instead, but this idea was also rejected.

Evidently, there are forces within Hong Kong’s government and the central authorities in Beijing who want to aggravate the conflict. Hong Kong’s students and citizens should therefore prepare for the worst and take measures to avoid becoming helpless victims of special interest groups in China and Hong Kong.

Outside observers must also keep a close eye on events as they develop. 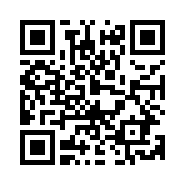