When US President Donald Trump and Chinese President Xi Jinping (習近平) had their summit meeting in April, the two main issues were North Korea’s nuclear weapons and US-China trade.

The Chinese side pledged itself to a “100-day plan” for trade talks that would boost US exports and reduce the US’ trade deficit with China. Now that 100 days have passed, not only has no solution been found to the North Korean problem, but trade between China and North Korea actually increased over the first half of this year, which means that China has relaxed its sanctions on Pyongyang.

On Wednesday last week, Chinese Vice Premier Wang Yang (汪洋), who is tipped to become a member of the Chinese Communist Party’s (CCP) Politburo Standing Committee at the party’s 19th National Congress this autumn, represented China at the annual session of the US-China Comprehensive Economic Dialog in Washington, but the outcome of the trade talks was disappointing.

The US has wasted 100 days. How many 100-day periods does Trump have in office? Every US president since Richard Nixon has been led up the garden path by China — especially since former US president George W. Bush.

There was the Tiananmen Square Massacre, most-favored nation treatment, the WTO and the US’ “pivot to Asia.” Whatever the issue, China’s tricks keep coming.

Each time a US president starts to wise up, a new president comes along to be tricked again. Time is precious and it is hard to estimate how much the US has lost through decades of trickery. When will the cycle stop repeating?

On July 18, Cory Gardner, chairman of the US Senate Foreign Relations Committee’s Subcommittee on East Asia, the Pacific and International Cybersecurity Policy, gave a keynote speech at the Center for Strategic and International Studies in Washington.

When Gardner said “time is not on our side,” he was talking about North Korea’s nuclear weapons, but he also said: “The road to peacefully stopping Pyongyang undoubtedly lies through Beijing.”

Indeed, time is not on the US’ side in its military and economic rivalry with China.

The simple reason for all this is that the US handles these issues according to normal, conventional state-to-state relations, but China plays the game by hook or by crook, thieving and deceiving like a hoodlum. For China, that is the quickest way to narrow the economic, scientific, technological and military gap between itself and the US.

One need only consider how much US intellectual property China has stolen. Things that took the US many years of research to achieve, China has conjured up overnight. Why does China’s new military hardware look so similar to US weapons? However hard the US might try to prevent espionage, it is hard to stop China’s “human wave” spying strategy.

What use are all the agreements and promises that China makes? From the ceasefire agreement that the CCP and the Chinese Nationalist Party (KMT) signed in Chongqing in 1945, when the US formed a committee to mediate between the two sides, to the 1984 Sino-British Joint Declaration on Hong Kong, to China’s promises at the time of the 2008 Beijing Summer Olympics to improve its human rights and freedom of information — when has China ever kept to its international pledges?

Eventually, at a time that suits it, China will start a fight to the finish with the US. Even if the US wins, it will pay a heavy price, but the biggest disaster for the humanity would be if the US lost.

For now, however, the US and other Western countries are fighting over whatever scraps of favor China throws their way. For such petty gains, they are willing to discard their ideals of freedom and neglect their own national security. How did democratic nations ever fall so low?

Whatever happened to the ideals of the French Revolution, the American War of Independence and the American Civil War? Nazi atrocities and Japan’s attack on Pearl Harbor are the themes of many films, so how can they be forgotten?

The Korean War, which was fought to stop Chinese invasion, is even more of a forgotten conflict. Does the Western world want to let Chinese militarism strike again? How many of China’s 1.4 billion people have been brainwashed into thuggish “Boxer rebels”? We should not underestimate how much damage they could do to the world and to humanity.

If and when a bold US president seizes the initiative and puts an end to this scam, America will really be great again, because it could safeguard human dignity and save humanity from the calamity that stands before it. 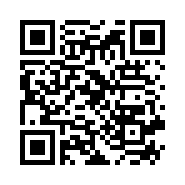