Since the anti-extradition protests began in Hong Kong in June, the public has focussed its attention on the performance of the Hong Kong police force.

After police shot teargas and rubber bullets at protesters in a bloody incident on June 12, there have been calls for an independent investigation of their abuse of power, but such calls have been opposed by police-related groups and rejected by Hong Kong Chief Executive Carrie Lam (林鄭月娥).

In addition to refusing an investigation, Lam has expressed support for the police by, for example, giving them cash rewards.

Although they are repeatedly condemned for abusing their power, the police continue to do so with the chief executive’s support. They even take the initiative in provoking protesters when conflict between the police and public heats up.

A poll conducted by a research team at the Chinese University of Hong Kong showed that more than 95 percent of participants at 12 protests from June 9 to Aug. 4 joined the protests to demand that the government completely withdraw a proposed extradition bill.

However, after the violent Yuen Long MTR Station attack on July 21, during which the police were suspected of tolerating and even sheltering masked thugs in white T-shirts who attacked protesters and the public, a July 27 poll conducted at a protest in Yuen Long showed that 98.3 percent of the participants joined the march to show their dissatisfaction with the police’s mishandling of the protests — 13 percentage points more than the 85.1 percent who joined the march to demand that the government fully withdraw the extradition bill.

It is obvious what Hong Kongers think about their police force.

Right after the Yuen Long attack, former Hong Kong chief executive Leung Chun-ying (梁振英), who is now vice chairman of the National Committee of the Chinese People’s Political Consultative Conference, expressed his support for the police on Facebook, saying that the Hong Kong government should commend the police.

His attitude revealed the reason the Hong Kong police force has deteriorated, as a “qualitative change” started to occur among the police force when Leung — who used to be an underground party member of the Chinese Communist Party (CCP) — became chief executive in 2012.

At that time, then-Hong Kong police commissioner Andy Tsang (曾偉雄) was dubbed “The Vulture” (禿鷹) for his bald head and hawkish methods of treating protesters. He was praised by Leung for suppressing the 2014 “Umbrella movement” and for charging protesters in Mong Kok with rioting.

The Chinese Ministry of Foreign Affairs confirmed in June that he has been nominated by China for director-general of the UN Office in Vienna and executive director of the UN Office on Drugs and Crime.

Beijing is clearly repeating the trick of nominating former Hong Kong Department of Health director Margaret Chan (陳馮富珍) for the WHO director-generalship as it tries to use Tsang to control yet another UN organization.

With such leadership, it is unrealistic to expect the police to be guardians of the public and treat protesters peacefully. 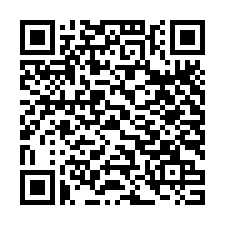