Looking for the real Fan Lan-chin

‘If Fan is a Chinese living in China or somewhere else overseas, that person should step forward and save Kuo, a “Chinese compatriot.” Would the Chinese government agree and identify with Fan’s articles that are so full of ethnic hatred? The answer is yes.’

Although many facts point to Kuo Kuan-ying (郭冠英), the information division director of Taiwan’s representative office in Toronto, as the person who wrote several online articles insulting Taiwan and ethnic Taiwanese under the alias Fan Lan-chin (范蘭欽), Kuo has not owned up to the matter. This situation recalls questions about former Chinese Nationalist Party (KMT) legislator Diane Lee’s (李慶安) US citizenship. President Ma Ying-jeou’s (馬英九) administration and the KMT have handled the matter in the same way — handing out protection.

We can see that Kuo’s attempt at an apology was clearly fake, because he would have no reason to apologize if he wasn’t Fan and if he does not think he is a “high-class Mainlander,” as he has said. If Kuo is not Fan, then who is Fan, and why, with things having developed to this point, hasn’t this person come forward?

LAST MONTH, TAIWAN’S exports dropped by 44.1 percent compared with the same period last year. This included a 58.6 percent decrease in exports to China and Hong Kong, twice the drop in exports to the US. This is the result of being overly reliant on China economically and vindicates former president Lee Teng-hui’s (李登輝) “no haste, be patient” policy.

US SECRETARY OF State Hillary Clinton’s first overseas trip since assuming office will be to Japan, Indonesia South Korea and China. She had originally decided to visit only Japan, with the other destinations added later. This shows that the US sees Japan as a top priority in Asia for its global strategy. After all, the US signed the Treaty of Mutual Cooperation and Security with Japan in 1960.

As this affects Taiwan’s security, it should be good news. Clinton included China in her trip not only because the US cannot afford to ignore China but also because US Treasury Secretary Timothy Geithner told a Senate confirmation hearing that US President Barack Obama believed China was manipulating the yuan, drawing Beijing’s criticism.

Both former president Bill Clinton and his successor, George W. Bush, condemned China during their election campaigns. After taking office, however, they made an about-face, and US-Taiwan relations deteriorated. In contrast, Obama seldom expressed opinions on US-China relations during his election campaign. But the Democrats seem to be more concerned about the rights of the disadvantaged than the Republicans, so the Obama administration might be more critical of China.

During the Lunar New Year holidays, Chinese Premier Wen Jiabao (溫家寶) visited Europe, where he attended the World Economic Forum in Davos, Switzerland, the EU headquarters in Belgium as well as Germany, Spain and the UK.

Talk about a “February crisis” began in China. Since the Lunar New Year falls in late January this year and because of the large number of companies that have closed or are closing as a result of the economic crisis, next month may begin with a wave of unemployment sweeping across China causing social instability.

In addition to sending the unemployment rate into a double-digit percentage, the economic crisis is also affecting the middle classes, who have acted as a buffer between China’s privileged and lower classes. Their addition to the ranks of unemployed will have a direct impact on the Chinese Communist Party’s (CCP) rule. The upshot of this is that since November the CCP has done its best to help the middle classes ride out the storm by propping up the stock market and the real estate market. These attempts include trying to push the Shanghai composite index to somewhere between 2,400 points and 3,000 points to help the middle classes who entered the market that reached its height of 6,124 points around the time of the CCP’s 17th national congress in the fall of 2007.

On Dec. 31, Chinese President Hu Jintao (胡錦濤) gave a speech in Beijing to commemorate the 30th anniversary of the “Message to Compatriots in Taiwan.” The basic spirit of the speech was the same as 30 years ago and was aimed at getting Taiwan to surrender to China.

A curious Chinese definition of ‘partner’

Chinese Nationalist Party (KMT) Chairman Wu Poh-hsiung (吳伯雄) recently visited Japan. According to reports, he managed to allay concerns among Japanese officials that Taiwan is moving closer to China at the expense of relations with Japan. Japanese politicians also demonstrated support for Taiwan becoming an observer at the World Health Assembly (WHA).

Wu felt he “accomplished everything that President Ma Ying-jeou (馬英九) told me to do.” Just what did Ma tell Wu to do?

If all Ma told Wu to accomplish was to get support for Taiwan to become an observer at the WHA, then he did not really achieve much. Japan would have given its support even if Wu hadn’t gone there.

Questions on why the police came to my home

On Dec. 12, the Judicial Reform Foundation, the Humanistic Education Foundation and other organizations gathered at Liberty Square in front of the National Taiwan Democracy Memorial Hall in support of Huang Yi-ling (黃怡翎), Tseng Hung-wen (曾虹文) and Lin Yun-tzu (林芸姿), all victims of police brutality during the visit of Association for Relations Across the Taiwan Strait Chairman Chen Yunlin (陳雲林). The organizations also criticized the police for abusing their power.

It has been an eventful autumn for Taiwan. In addition to concerns over the economy and deteriorating living standards, it is worrying to see that aspects of Taiwanese consciousness are being washed away.

Because of this, the awakening of Taiwanese culture seems to be filling in the gap left by the disappearance of the political manifestation of Taiwanese consciousness.

The films Cape No. 7 (海角七號) and 1895 have been successes not only because they were produced locally, but because the movies are products of Taiwanese culture.

The Chinese government’s abrupt decision not to allow Cape No. 7 to be screened in China reveals the hypocrisy of statements made by Association for Relations Across the Taiwan Strait Chairman Chen Yunlin (陳雲林), because it shows the desire to keep the Chinese public from getting to know Taiwanese culture and history.

More groups must join ‘Ing’ as she faces ‘Ying’

Although Chinese envoy Chen Yunlin (陳雲林) has left Taiwan, the tension between the government and the opposition remains. Not only are there wounds that need healing, but Taiwan must also continue to move forward.

Taiwanese should not fight among themselves

Just take a look at what happened to Hong Kong

While the upcoming visit of China’s Association for Relations Across the Taiwan Strait Chairman Chen Yunlin (陳雲林) for the second round of talks with Straits Exchange Foundation Chairman Chiang Pin-kung (江丙坤) may seem focused on economic issues, we must remember that the Chinese Communist Party (CCP) is a political creature and that the talks will have undertones that will be aimed at damaging Taiwan’s sovereignty.

Ma should take a good look at the CCP’s past

Sunday, Oct 26, 2008, Page 8
President Ma Ying-jeou (馬英九) said in a recent interview with the Indian quarterly India and Global Affairs that there was no timetable to achieve mutual military trust or sign a peace agreement between Taiwan and China, but added that he would make every effort to realize these goals during his presidency.

This was the first time that Ma had broached the subject of a peace agreement with China to an international audience since his inauguration. A series of government measures favorable to the Chinese Communist Party (CCP) and proposed by Ma were aimed at paving the road for such an accord, I believe.

China must compensate for dairy scandal

Monday, Oct 06, 2008, Page 8
Two groups of people have suffered as a result of melamine-tainted Chinese milk powder — those who consumed the milk and other related products and employees and business owners of related industries.

The first group includes those who have suffered physical harm. The second group consists of owners and employees of firms that purchased contaminated powder for use in their products and then had to take them off the shelves. These businesses have incurred financial losses and the scandal has tarnished their reputations. There are also other manufacturers whose products do not contain tainted milk but who have still suffered because many consumers remain afraid of buying dairy products.

Time for an alliance in North Pacific

Saturday, Mar 15, 2003,Page 8
As war in the Persian Gulf looms large, North Korea has rapidly escalated its provocations of the US in order to lend a hand to fellow axis-of-evil nation Iraq and also extort more concessions from the US.

Part and parcel of this has been a re-enactment over the Sea of Japan of the April 2001 incident in which a Chinese J-8 fighter challenged a US EP-3 surveillance plane. The difference was that North Korea used four Soviet-made MiG-19 fighters. Learning from China's experience, they kept a slightly greater distance from the "enemy" to avoid a collision. But since they succeeded in "locking on" to the US plane, the sense of alarm on the US side isn't hard to imagine.

China plays the hypocrite, again       Taipei Times    011010
By Paul Lin 林保華
Following the Sept. 11 attacks, apart from trying every
possible means to distance itself from the terrorists, Beijing has
also adopted anti-terrorist slogans, slapping the label of

US slowly wakes up to China threat
By Paul Lin 林保華

It was truly ironic that the US lost its seat in the UN High Commission for Human Rights, while nations with poor human rights records such as Libya and Sudan were elected members. Losing such an important seat is very embarrassing for a great, powerful nation which regards human rights as a cornerstone of its existence and a central principle in its diplomacy. No wonder autocratic countries like China and Cuba took the opportunity to scoff at the US.

US Representative David Wu (吳振偉), of Oregon, wraps up a visit to his native Taiwan today. He wanted to visit Hong Kong, Shanghai and Suzhou too, but the Beijing authorities have refused to allow him in because they believe he has been unfriendly to them during his two terms as a representative.

US Secretary of State Colin Powell and National Security Adviser Condoleezza Rice have not been friendly either, but China has eagerly invited them to visit Beijing in the hope they might change their minds after having a good stay, some good meals and some good fun. Jesse Helms, chairman of the Senate Committee on Foreign Relations, has repeatedly declined Beijing's invitations to visit. Helms, who is known for his anti-communist stance, believes he does not have to visit Beijing in order to understand China. 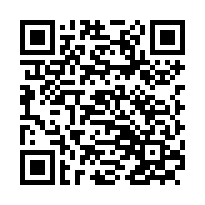