The anti-nuclear movement has put huge pressure on President Ma Ying-jeou (馬英九). Apart from the public protests, factions have also begun forming inside the Chinese Nationalist Party (KMT), giving rise to four heavyweights in the party.

Originally, Ma, Taipei Mayor Hau Lung-bin (郝龍斌), New Taipei Mayor Eric Chu (朱立倫) and Greater Taichung Mayor Jason Hu (胡志強) were the KMT’s political stars. Among them, Hu is beginning to fade due to ill health, making it unlikely he will remain at the top. The party’s legislators are afraid of Ma’s party discipline and simply cooperate, making them unlikely to become new leaders. Lo Shu-lei (羅淑蕾) is maybe the only KMT lawmaker who could dare to challenge Ma, but when it is time to vote, she obediently lowers her head and votes as required.

The new heavyweights, then, are to be found in the national and local governments.

The first is Premier Jiang Yi-huah (江宜樺), who Ma is promoting as his successor.

Jiang, whose nickname is Ma Jr, would take a bullet for Ma. However, he is not Ma, so when there is a lack of communication between the two, their differences are exposed, and Jiang amends his point of view to curry favor with Ma, while damaging his own reputation.

Chu, once seen as Ma’s successor, is the second KMT heavyweight. However, he was later ditched by Ma, who, to satisfy his desire for power, chose then-premier Wu Den-yih (吳敦義) as his presidential running mate.

Chu comes from a political family. He attaches great importance to his image and does not easily take action or make comments. Recognizing that Ma will lose the nuclear battle, he used his position as the party’s biggest heavyweight to be the first to take the initiative to question nuclear safety, with the support of the New Taipei City Council.

Hau is the third heavyweight. As his final term as Taipei mayor will end next year, he does not have to face the pressure of next year’s seven-in-one elections, giving him more space.

Hau comes from a military family and is not as careful in his actions as Chu. Hau was very early in suggesting medical parole for former president Chen Shui-bian (陳水扁), for example, but did not receive much of a response from within the party. He is now suggesting that the government rely on public opinion polls instead of a referendum to resolve the nuclear issue. This could offer Ma a chance to get off the hook. However, whether the suggestion will be accepted depends on Ma.

The fourth heavyweight is Wu. He used to be first in line, but Ma’s love for him faded due to the complexity of his connections. The shrewd vice president is well aware of Ma’s fall, which is why, despite his eloquence, he has taken almost no action to help consolidate the leadership over the nuclear issue, instead observing from a distance and waiting for the best time to make a move. He may already have missed the chance.

Finally, Legislative Speaker Wang Jin-pyng (王金平) must not be overlooked. The flexible speaker might not run for the presidency, but he is the perfect candidate for vice president. Wu will not cooperate with him, but Chu or Hau might choose him as their running mate.

Ma’s stubbornness has placed him in his current predicament.

However, the anti-nuclear movement should not be affected by the KMT’s internal struggles, and it should go its own way. 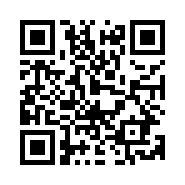