One of the “nicer” comments made was questioning why those in Ma’s inner circle, such as Lai, former Executive Yuan secretary-general Lin Yi-shih (林益世) and Nantou County Commissioner Lee Chao-ching (李朝卿), were inconsiderate and ungrateful to Ma for the concern and promotions he gave them throughout their careers, and instead hurt him by getting involved in corruption scandals. Observers with this point of view see Ma’s disgraced aides as “disobedient.”

The reason for the officials’ actions is rather simple: For example, Lai was in charge of Ma’s office as KMT chairman and served as his lawyer, which gave her access to confidential information. Without such knowledge, she would not be able to defend Ma or his cohorts in court.

The Chinese-language United Evening News recently reported that someone had made allegations against Lai before, but Ma dismissed them and then tipped off Lai. With “supreme leader” Ma as their backup, it is easy to see why his close aides feel they can abuse their close relationship with the president for personal gain. Lai even rebuked Lin for being corrupt after she herself had allegedly taken bribes, which shows how adept she is at covering things up.

Furthermore, Lai grew up in Taipei and practiced law before becoming Ma’s personal lawyer. Therefore, she must know about the irregularities that occurred during Ma’s tenure as Taipei mayor, such as the inflated investment in the Neihu-Muzha MRT line and the reconstruction of the Jiancheng Circle market. She must also be familiar with Ma’s election tricks, the way he has wasted KMT assets, and his alleged links to organized crime.

Lai’s alleged corruption has nothing to do with her being “disobedient,” it is instead about her being “too” obedient and replicating what Ma does.

Since he knew about this all along, one wonders how Ma could be so distraught after he “found out” about Lai, as was reported by the media. Ma is an actor and will never make any reforms to stamp out corruption. He has not misjudged his aides; they were his accomplices.

There is no use hoping that Ma will carry out reforms; the people should instead make sure he does not leverage his position as KMT chairman and as president to influence prosecutors’ investigations of corruption.

The investigations into the Lin scandal went no further up the ladder than Lin. Not even Lin’s father, Lin Hsien-pao (林仙保), was investigated, thanks to his position as a major “vote captain” in the south of the country, although the reason given was that he was hard of hearing. Lin Hsien-pao died suddenly late last month, with media reports saying he died as he was escorting guests out after “business discussions.”

If he was not hard of hearing when discussing business with guests, he should have been fit to face investigation from prosecutors.

Ma’s prestige among communities rises the further away geographically the communities are from him. For example, he is popular in overseas Chinese communities and in China, but in Taiwan, where people are closest to him, he is not popular at all and the closer his aides are, the less they trust the lies that he spouts. 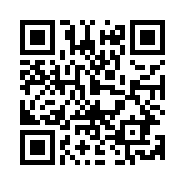