Taiwanese civil rights organizations yesterday rallied behind the people of Hong Kong in their pursuit of universal suffrage in 2017, as China sets limits on the vote for the election of the territory’s leader.

Local groups initiated a signature drive to show their support for pro-democracy activists who on Sunday vowed “an era of civil disobedience” in protest against Beijing’s decision to reject open nominations for candidates in the territory’s first direct leadership election in 2017.

What has been happening in Hong Kong is its “democratic groups are aligning against the anti-democratic force spearheaded by the Chinese Communist Party” (CCP), Wang Dan (王丹), an exiled Chinese democracy activist who serves as chairman of the New School for Democracy, told a press conference in Taipei

When the CCP, which does not permit democracy, tries to expand its influence in the world by fostering an anti-democratic force, not just in Hong Kong, but also in other places, “it is everyone’s business” to stop this attempt to take human civilization backward, Wang said.

If China succeeds in controlling Hong Kong, Taiwan — “which is already teetering on the edge” of falling into China’s hands — would face imminent danger, because Beijing would then concentrate its efforts on resolving the Taiwan issue, he said.

Lin said that Taiwanese who voted for Ma have to stand up for Hong Kong to make up for their mistake.

democracy movement in Hong Kong as it did during the Tiananmen Square protests in 1989.

“We do not want to see that happen, but if it does, we hope to get help from at least 100 university professors and 20 academics at Academia Sinica in Taiwan to nominate Occupy Central activists for the Nobel Peace Prize,” Wang said.

Wang said the idea was floated in a discussion on Sunday night among exiled Chinese dissidents who participated in the 1989 movement.

Lin said that any attempt by China to put down pro-democracy activists would only drive Hong Kong to seek independence.

“We will stand with Hong Kong people in fighting for their rights to self-determination as they have called for,” he added.

Speaking via a video conference, Alliance for True Democracy convener Joseph Cheng (鄭宇碩) said he wanted to tell people in Taiwan: “Please continue to lend us your support. We will never give up.”

“We often hear the phrase ‘Today’s Hong Kong, tomorrow’s Taiwan.’ This is not what we want. We hope that what Hong Kong will look like tomorrow is what Taiwan has today: democracy,” Cheng said.

Hong Kong Federation of Students chairman Alex Chow Yong Kang (周永康) said that people in Hong Kong would never believe that the territory is governed by Hong Kongers or that Hong Kongers would enjoy a high degree of autonomy under the “one country, two systems” principle as Beijing has promised.

Chow said that civil society in Taiwan, China and Macau should work together to resist the common threat that they face from China. 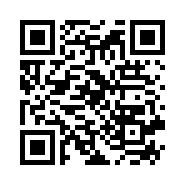