Hong Kong’s “umbrella movement” has had such a great momentum. Indeed, the movement has surpassed any previous large-scale street demonstration in Hong Kong or Taiwan.

First, it has not been the case that the majority of protesters are just there during the daytime, going home to bed at night. They have continued their protest through the night. Second, they have paralyzed transportation and interfered with business activity, placing the government under intense pressure. Third, despite being exposed to tear gas and pepper spray by police, they have learned to adopt guerrilla tactics, dispersing only to return when the coast is clear.

However, in Taiwan, no matter how big a protest is, it usually ends on time, and the government does not feel any pressure after hearing the protesters’ demands. For the large protest on April 27, tens of thousands of people attended it during the daytime, but only several hundred stayed throughout the night, so they were easily removed by police.

After Zhongxiao W Road in downtown Taipei was paralyzed for a few hours, both the public and media complained about the inconvenience it caused. If the Taiwanese are unwilling to pay the price to strive for democracy and safeguard the nation’s sovereignty, what hope does the country have?

When the “Occupy Central” campaign was in its initial preparation stages, Hong Kong’s youth were greatly envious of Taiwan’s Sunflower movement. However, the former has since surpassed the latter. Hong Kong’s students have emphasized that this is a “movement,” not a “revolution.”

In my opinion, this is exactly that: A revolution, albeit peaceful, rational and non-violent. Their attempt to turn the election of the chief executive by a small group of people into an election by “universal suffrage” is a revolution of the system.

The UK underwent the Glorious Revolution of 1688, in which King James II was overthrown, and Taiwan has undergone its own, the Quiet Revolution, which brought democracy to the nation. A revolution is not necessarily a violent and bloody event: This all depends on how those in power react.

According to their old thinking, both the Chinese Communist Party (CCP) and Hong Kong Chief Executive Leung Chun-ying (梁振英) believe that there must be adult activists behind the student protesters. However, the truth is adult activists have been marginalized this time.

At the beginning, some senior figures of the democratic camp complained that the student protesters did not inform them before occupying Citizens’ Square. Then the three initiators of the Occupy Central campaign officially launched the event to show their support for student protesters, but they were misunderstood by some students, who thought they were trying to claim the credit. A Legislative Council member even knelt down to beg student protesters not to leave, so as to maintain the unity of the movement.

Luckily, most student protesters are not self-obsessed. After police released Scholarism (學民思潮) convener Joshua Wong (黃之鋒), who was on the cover of the latest Time magazine, some praised Wong, saying that Hong Kong’s future depended on him, but he was humble enough to disagree with such remarks. Hong Kong Federation of Students (HKFS) secretary-general Alex Chow (周永康) has said that the fate of Hong Kong’s autonomy is actually the fate of every Hong Konger’s autonomy.

Despite the HKFS’ call for protesters to withdraw from the area for safety’s sake, they insisted on staying, calling on the police to act, even though the police did nothing. In the end, the HKFS could merely respect their decision to stay there.

Some taxi drivers said that although they needed to make detours to avoid the protests and were often trapped in traffic jams, it was the price they needed to pay to fight for democracy. Some small businesses were also affected, but they mostly have the same comments on the protests. As for the conglomerates in the territory, they have profited for years and have no right to complain at all.

Hong Kong’s youngsters are fighting for their future, and this is why they are willing to make sacrifices. I used to live in Causeway Bay. When I left before the territory’s handover to China in 1997, I sold my house for HK$3.3 million (US$425,300 at today’s exchange rate). In 2004, it was worth only HK$1.5 million, but I read an advertisement recently and found out that it is now more than HK$7 million.

High housing prices inevitably lead to high commodity prices. It is even more expensive to dine out this year than last year, but salaries are not going up at a corresponding rate. How can young people make a living?

Housing prices are falling in China, but many Chinese are going into Hong Kong, flooding it with cash, and no policy can control the territory’s distorted housing prices under such circumstances. If Taiwan also opens itself to China, it is likely to become the next Hong Kong, and the same thing will happen here.

Hong Kongers’ desperation about their future and disappointment with government-business collusion are the greatest driving force for a revolution. 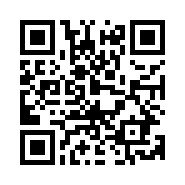