Xi Jinping’s loss of power is beginning to be noticed
By Paul Lin 林保華
Taipei Times 2018.7.23

Rumors that Chinese President Xi Jinping’s (習近平) power is waning have spread across China, all because Xi was not on the front page of the state-owned People’s Daily for a few days.

The rare disappearance occurred less than 20 days after Xi, during a meeting with US business leaders last month, boldly said that China would respond with “an eye for an eye” to the trade war.

To dispel the rumors, the People’s Daily on Tuesday last week ran four articles about him on the front page, although none of them were the lead, implying that there is some truth to the rumors.

However, it might only be a partial loss of power, rather than Xi being forced to resign, because the Chinese Communist Party (CCP) sticks to the principle of “unity against the enemy,” covering up leadership power struggles to avoid giving the outside world an advantage.

Xi’s loss of power began to show late last month, when China changed its arrogant tone and humbly admitted that it still lags far behind the international community, although such modesty is often insincere.

China is toning down its expansionist language and returning to the past strategy of “concealing its strength and biding its time,” not because of the trade war with the US, but because of the US ban on ZTE Corp, which has disrupted China’s plans to strengthen its military capacities with advanced technology.

This is why Xi is negotiating with US President Donald Trump and responding to domestic pressure by suppressing his Red Guard side.

However, the US is unwavering, and US Secretary of Defense James Mattis reiterated that the US “will confront China where we must” when meeting with Xi.

This is in stark contrast to Beijing’s “eye for an eye” approach, highlighting the cultural clash between the West and China.

Eventually, China has opened up 22 sectors to foreign investment. Real or not, these measures have been called “the 22 demands of betrayal,” a reference to the 21 Japanese demands that then-Republic of China president Yuan Shikai (袁世凱) accepted in 1915.

Meanwhile, a large group of “traitors” willing to cede their provinces to the US have begun to emerge.

The US’ economic and military pressure has clearly given Xi’s enemies within the CCP a boost and triggered public opposition, including a nationwide truck-driver strike and protests by retired soldiers.

On July 1, the CCP’s foundation anniversary, protesters rioted in Zhejiang Province, breaking into Jiaxing City Hall, the sacrosanct city where the CCP was formally established in 1921.

The video quickly spread across the nation and eventually prompted the government to remove all public images of Xi.

During the Cultural Revolution, Dong would have been sentenced to death, although Xi does not dare do that, not because he is merciful, but because he has lost his “divine powers” — after all, he is but a provincial political tyrant. Whether he is losing power or not, his cult of personality has collapsed and his throne is shaking.

What is the reason behind the sudden weakness Xi displayed in his meeting with former vice president Lien Chan (連戰)? It could mean that there might be great changes in China if the US maintains its pressure.

The upcoming leadership meeting in Beidaihe, China, will perhaps reveal the results of the dealings between the country’s top leaders. 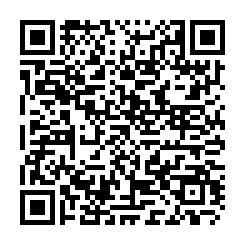