A true experience of White Terror

At about 9pm on July 14, my wife received a phone call from the local section chief of the Investigation Bureau of the Ministry of Justice. He said there would be a report on the alleged arrival of pro-­Xinjiang independence activists in Taiwan in Next Magazine (壹周刊) magazine the following day and that according to information obtained from the bureau’s Kaohsiung office, the activists were in some way connected to me. The man first requested to visit us at home and then said he was already downstairs.

My wife’s first response was that we would sue anyone who made such accusations. Although the man was very polite, we had no reason to welcome such an unexpected visit.

I have a very busy schedule. Even if I did not, and had met the man, it could have been construed as an admission of my association with the ­Xinjiang independence movement as well as several other individuals who the officer identified as “terrorists.” He then changed his request, asking that we meet for a few minutes downstairs to exchange name cards.

I still refused his requests, because linking me to “terrorists” is a groundless accusation and insulting. I demanded that he provide official documents as proof that he wanted to meet me, as there was no other way to ascertain his identity.

Since my friends and I established the Taiwan Youth Anti-Communist Corps (台灣青年反共救國團) last month, police have come to my home, saying I was a listed target for monitoring. Now the Investigation Bureau is accusing me of colluding with so-called terrorists. I don’t know what they will accuse me of next. Initially I had not intended to make this information public because, as a regular citizen, I did not want to offend the bureau and cause trouble for myself.

I also did not want the officers to be blamed by their supervisors either, because they were simply following orders and had no choice in the matter.

However, things did not end there. After two days, a computer that I purchased one year ago started acting up. I called in a computer specialist and asked him to identify the cause of the problem. He discovered that some parts of my system had been damaged.

Even more odd is the fact that while he could not find any Trojan software on my computer, even when I was not surfing the Internet information would automatically be transmitted from my computer.

The only way I could stop this was by unplugging my Internet connection.

For my research and writing, I download large amounts of information from various online sources every day and store the data on my computer.

Within the space of 15 hours, more information had transmitted itself out of my computer than I had saved on it.

There is no doubt, therefore, that someone is stealing my information and wants to know what sort of “confidential” material is stored in my computer.

My wife and I also suspect that our telephone is being tapped, as we have been hearing strange noises for a while. Now whoever is behind this has gained access to my computer.

I do not claim that this has anything to do with the Investigation Bureau. But it is now obvious that I am somehow a “dangerous person” in the eyes of the Chinese Nationalist Party (KMT).

I am, furthermore, well known as a critic of the Chinese Communist Party (CCP) and recently gave a series of talks and published articles about the violence in Urumqi in which I called on Chinese authorities to pay more respect to the human rights of Uighurs.

I have obviously become a thorn in the CCP’s side and I really have to ask myself if the KMT and the CCP are not cooperating on my case.

I am a harmless individual with no power whatsoever. I would never use, let alone advocate, violence against the KMT and the CCP. I managed to free myself from the CCP’s control years ago and I now live in the free world.

However, seeing my compatriots oppressed and exploited by the CCP, and with worrying signs that Taiwanese could soon face similar treatment, I cannot in good conscience remain silent.

My outspokenness appears to have upset certain groups and may have prompted them to take action against me.

I am worried that other strange things will happen to me. This is the motivation behind the release of this article. I hope that people in Taiwan, Hong Kong, the US and even my old compatriots in China continue to pay close attention to my human rights.

If anything happens to me, please remember me. Although I was cheated by the CCP for almost 30 years, I have lived the second half of my life to the fullest. I have a clear conscience and can face people proudly and honestly. I hope Taiwan will come together to protect their rights and that Taiwanese can reach out to people in China in opposing the twin despotism of the KMT and the CCP.

TRANSLATED BY EDDY CHANG AND DREW CAMERON
This story has been viewed 563 times. 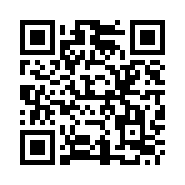