taught in Mandarin rather than Mongolian.

What is Chinese President Xi Jinping (習近平) seeking to gain from

sending this message of pernicious intent? It is possible that he is

attempting cultural genocide in Inner Mongolia, but does Xi also have

the same plan for the democratic, independent nation of Mongolia?

The controversy emerged with the announcement by the Inner Mongolia

Education Bureau on Aug. 26 that first-grade elementary-school and

junior-high students would in certain subjects start learning with

Chinese-language textbooks, as opposed to starting in the second grade,

as was previously the case.

To appease the strong pushback, a second announcement was made, saying

that no further changes would be introduced.

However, the decision to stop using Mongolian to teach first-grade

elementary-school children had already set the cat among the pigeons,

of the teaching materials is at the discretion of the state.” The

Bureau also said that the introduction of unified textbooks was

according to a Chinese Communist Party (CCP) policy to reinforce the

adoption of a common writing system in ethnic minority regions.

central authorities for the COVID-19 pandemic, absolving himself of

The Inner Mongolia Incident during the Cultural Revolution left tens of

thousands of people dead, or mutilated and disabled. The incident also

left permanent psychological scars on the Inner Mongolian public, and

the latest initiative has touched a real nerve.

joined by parents, public officials, and employees of Inner Mongolia

Radio and Television. While several mid-level CCP cadres were sacked

because of their opposition to the new policy, some avid support for

Xi trusts neither Bu nor Shi, and on Aug. 29 dispatched Chinese

Minister of Public Security Zhao Kezhi (趙克志) to the region to

suppress the protests with armored vehicles and bounties for informants

that have led to the detention of 130 protesters.

Xi’s “national rejuvenation” is hitting walls all over, and he dare

not attack Taiwan while it is being offered military support by the US.

In Xi’s mind, Mongolia is a soft target. Inner Mongolia has a

population of about 6 million, while Mongolia only has 3 million.

For Xi, these statistics make it an attractive candidate for

annexation. As part of his plan to recover territory previously lost,

honorary Chinese, and his territory is thus “an inalienable part of

The topography of landlocked Mongolia would make it difficult for the

US to intervene militarily. The US would also have to deal with being

caught in between Russia and China if it became embroiled there.

Mongolian independence was bought with money and weapons from Republic

situation, but the Chinese communists, including Mao Zedong (毛澤東)

himself, were consistently supportive.

Beijing, disregarding the risk of catching COVID-19, to present 30,000

Mongolian sheep to Xi. After Battulga’s return, and his mandatory 14

day quarantine, the Mongolian government passed a law stipulating that

the country would within five years reinstate the use of the

traditional Mongolian script in its schools, replacing the Cyrillic

Clearly, Battulga had visited China to show good intent, but must have

of the Mongolian language in Inner Mongolia.

of Ulan Bator, despite calls for caution on the matter by the Mongolian

government, which has not made an official statement on its curricula

It is cautious because Beijing has claimed that protests in Inner

Mongolia have been sparked by interference from abroad — a possible

pretext for military intervention in Mongolia.

While Russia has supported Mongolia in the past, this latest move at “

de-Russification” might mean that Mongolia will not necessarily be

able to rely on support from Moscow.

Anyone concerned about regional stability should watch closely how this

situation develops. In Taiwan, where does the Chinese Nationalist Party

(KMT), which still adheres to “begonia China” — the shape of the

stand on this issue? Does the KMT agree with Xi? 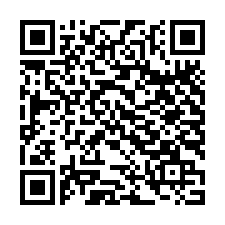