China expanding power base in HK

The Constitution and Mainland Affairs Bureau (CMAB, 政制及內地事務局) of Hong Kong’s Legislative Council held a meeting on April 18 in which pan-democratic legislators demanded that Stephen Lam (林瑞麟), Hong Kong’s secretary for constitutional affairs, explain Beijing’s plan to establish a “second power base” in the territory. Lam has long been known for his loyalty to Beijing.

The second power base became a hot topic because of a report in the Hong Kong-based Chinese-language newspaper Wen Wei Po, a mouthpiece of the Chinese Communist Party (CCP). The article stated that the Special Administrative Region (SAR) government had reached a 10-point agreement with the Liaison Office of the Central People’s Government in Hong Kong to allow representatives of the Chinese People’s Political Consultative Conference (CPPCC) in Hong Kong to take part in the SAR’s political affairs.

This information was announced in Beijing during the annual meeting of the CPPCC and the plenary sessions of the National People’s Congress by Li Guikang (黎桂康), deputy director of China’s Hong Kong liaison office.

During these meetings, Chinese Vice President Xi Jinping (習近平), who is also a member of the CCP Politburo and in charge of Hong Kong and Macau affairs, requested that Hong Kong members of the National People’s Congress and the CPPCC draw up policies to assist the Special Administrative Region government in policy execution.

Article 22 of Hong Kong’s Basic Law states: “No department of the Central People’s Government and no province, autonomous region, or municipality directly under the Central Government may interfere in the affairs which the Hong Kong Special Administrative Region administers on its own in accordance with this Law.”

Nor are there any regulations in the CPPCC Constitution allowing the CPPCC to interfere in the SAR’s political matters. As CPPCC members are hand-picked by the Chinese Communist Party, the announcement is viewed as a major policy change toward Hong Kong, with pan-democratic lawmakers suspecting Beijing is planning to establish a second power base in Hong Kong.

Why does Beijing want to establish a second power center at this time? This is closely tied to recent changes in cross-strait relations. Hong Kong residents are only concerned about the economic effects of the increased number of flights between China and Taiwan and the rise in the number of tourists to Taiwan. They overlook the fact that Hong Kong no longer has to serve as the model for “one country, two systems” for Taiwan as a result of President Ma Ying-jeou’s (馬英九) fawning on Beijing.

Ma has not voiced support for China’s “one country, two systems,” but he is busily following Beijing’s orders to realize this policy. No one in Hong Kong wants to see a local version of Chinese President Hu Jintao (胡錦濤) in the territory, but Ma has expressed his wish that the Chinese Nationalist Party (KMT) will produce a figure like Hu.

Given these circumstances, Hong Kong has lost its political value as a model for China’s “one country, two systems” formula. Instead, Hong Kong’s independent judiciary — the power of final adjudication and freedom of speech — is causing problems for Beijing, and this has made it necessary for China to speed up the pace of “Sinicization” in Hong Kong.

The Basic Law stipulates that Hong Kong’s civil servant system will remain fundamentally unchanged, but in 2002, then Hong Kong chief executive Tung Chee-hwa (董建華) instituted changes by enacting the Principal Officials Accountability System (高官問責制). However, Beijing feels these changes are insufficient and is therefore planning to get the National People’s Congress and the CPPCC directly involved in Hong Kong’s political matters.

Just as pan-democratic legislators were looking into this issue, they found in March an article by Cao Erbao (曹二寶), head of the research department at China’s liaison office in Hong Kong, which was published in the Study Times (學習時報), a publication of the CCP’s Central Party School, in which he discussed Hong Kong’s ruling teams.

Cao said he believed that after Hong Kong’s handover, the governing power was divided between two ruling teams. Cao said one team was made up of the “SAR establishment” and enjoyed a high degree of autonomy, while the other team was made up of central government and mainland cadres in charge of Hong Kong-related affairs.

Cao also said that under the “one country, two systems” formula, the team of cadres from the central government and the mainland represent a form of governing power and that the legal, open operation of such a team is a practical necessity for China as a unitary state in its handling of relations between the central government and Hong Kong. In other words, this second governing power must be legalized and allowed to operate openly to change the illegal and closed manner it has been working in.

Is Cao implying that in addition to the CPPCC and the National People’s Congress, the Chinese Communist Party, which has currently also been operating underground in Hong Kong, needs to be made legal and allowed to openly direct affairs in the SAR? Is Cao’s emphasis on China being a unitary state aimed at undermining the “one country, two systems” model?

The Hong Kong government claims that Cao’s article was published as a “theoretical exploration” during his time as a cadet at the Central Party School. Xi happens to be the principal of that school and as Taiwan becomes increasingly Sinicized, “exploration” seems to be synonymous with “implementation.”

TRANSLATED BY DREW CAMERON
This story has been viewed 316 times. 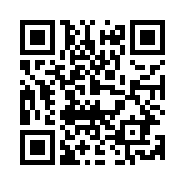