Regardless of what Taiwan’s future looks like, and regardless of whether the Democratic Progressive Party (DPP) salvages the situation, this statement will become a classic.

The tightening of cross-strait relations presided over by Chinese President Xi Jinping (習近平) is helping the Chinese Nationalist Party (KMT) manipulate the signing of a cross-strait “peace agreement.”

People are discussing how long Taiwan would be able to withstand an attack by China’s People’s Liberation Army (PLA). Pro-Chinese individuals are promoting the view that Taiwan would not be able to resist such an attack to make the idea of signing of a peace agreement, or even surrendering, seem reasonable.

The Ministry of National Defense, of course, insists that Taiwan has the ability to resist such an attack, because it seeks to maintain public confidence.

However, these are just words on paper. How many people in the military and the government have been bought by the Chinese Communist Party (CCP), and would switch allegiance and create domestic chaos and collapse if the PLA did attack?

During the last three major battles of the Chinese Civil War, Nationalist general Fu Zuoyi (傅作義) switched allegiance at the Battle of Pingjin, while generals at the battles of Liaoxi and Xubang “revolted,” tearing apart the military deployment.

If Chinese spies cannot be identified today, even the best military deployment will be useless.

During his eight years in office, former president Ma Ying-jeou (馬英九) opened the doors to Chinese spies and gave them the opportunity to infiltrate every sector in Taiwan.

They have not only infiltrated the government, but also economic activities at the grassroots level, so once China invades, they can simply hand businesses over to them.

The CCP is unlikely to let independence supporters off the hook: It is relying on extreme and provocative statements to cause division between Taiwan and the US within the pro-independence camp.

Russian revolutionary Vladimir Lenin said that “the easiest way to capture a fortress is from within,” and he created the world’s first communist state.

Taiwan is like a house with termites. If it is not quickly repaired, it will collapse, and repairing it means exterminating the termites.

In the past, the KMT was unable to defeat the CCP, including its spies. The DPP has no experience in this respect, but it must at least have an idea of who the enemy is if it is to make the proper deployments. If it does not, it will not even have time to react.

The Selected Works of Mao Zedong (毛澤東) starts by saying: “Who are our enemies? Who are our friends? This is a question of the first importance for the revolution. The basic reason why all previous revolutionary struggles in China achieved so little was their failure to unite with real friends in order to attack real enemies.”

After Chiang Kai-shek’s (蔣介石) party purge, Mao treated the KMT as the main enemy, even during the Japanese occupation. In 1968, during the Cultural Revolution, he said that it was “the continuation of the long struggle against the Kuomintang [KMT] reactionaries waged by the [CCP] and the broad revolutionary masses under its leadership.”

Eliminating traitors is the most urgent task at hand. Does the DPP know that then-Chinese premier Zhou Enlai (周恩來) led a team tasked with exterminating traitors? The problem should not be exaggerated; proof is required and the law must be followed, but outdated laws must be quickly amended.

The main risk today is that Taiwanese have become so accustomed to the red terror that they no longer see it.

There are also some people who talk about democratic tolerance and freedom of expression. Beijing is using this to its advantage and to expand its sharp power.

If the nation does not react, China will destroy Taiwan’s democracy and freedom. 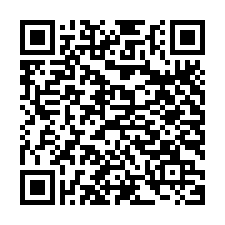